The pier vibrates in soft movements, like a wave in the direction of the horizon. Their floating, formal reduced form is built harmoniously by balancing linear stretching and wave movement. The spatial movement of the bridgeâs structure is carried out in multiple dimensions: horizontally, soft swinging from left to right and vertically from the main path down almost to sea level. The idea of âstriding into the sea" is merged with the idea of wharves and their desired features to a compact, classic-looking shape. The pier is a linear, one-storey building, without added side wings. All functional areas of the bridge are multi-functional. However each of the different uses overlap and complement each other: the lowered wharves for sailing and other boats also serve because of the seating steps as "a meeting place and a stage to the seaâ. They offer a beautiful view over the bay and the horizon. In addition to its use as a meeting place, wharves and auditorium can also be used temporarily for events such as concerts, performances and activities. The whole pier is 100% wheelchair accessible, the historical staircase in the park will remain as a âbackboneâ of the link between park and pier. A new path which is also wheelchair accessible will be inserted between the staircase in the park and the pier. 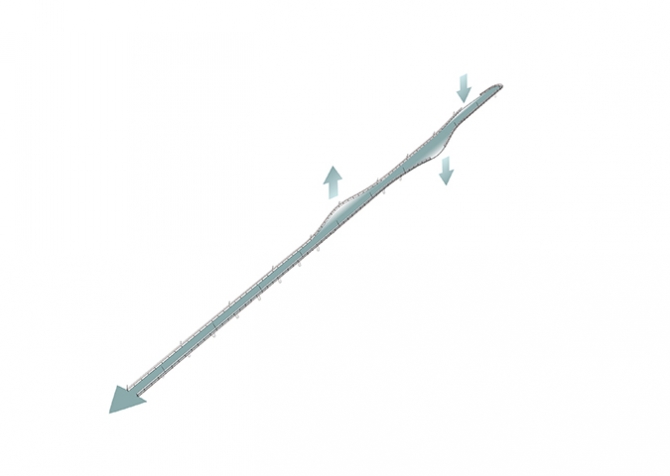 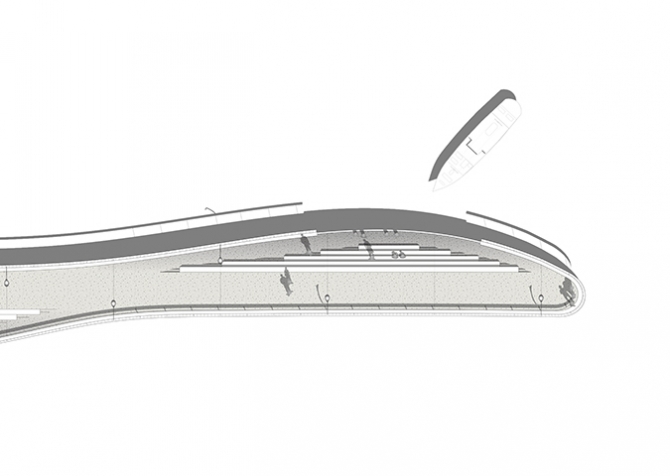 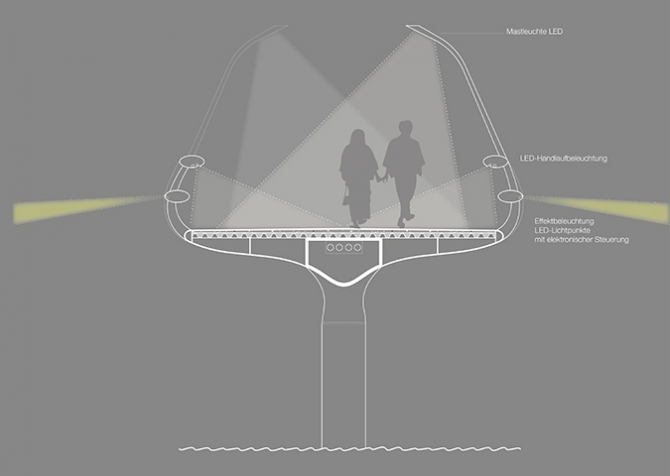 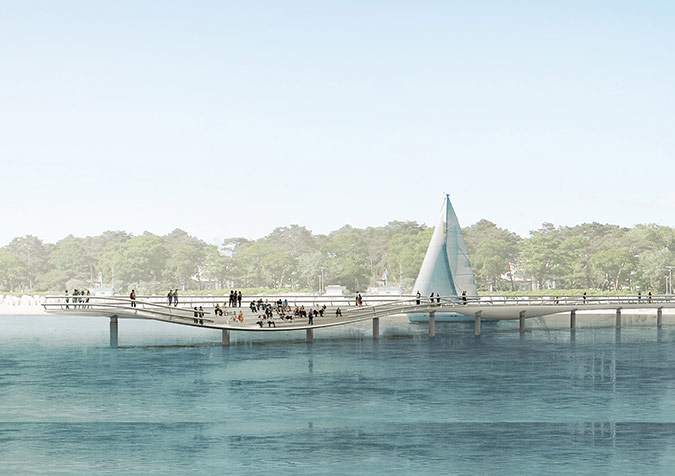 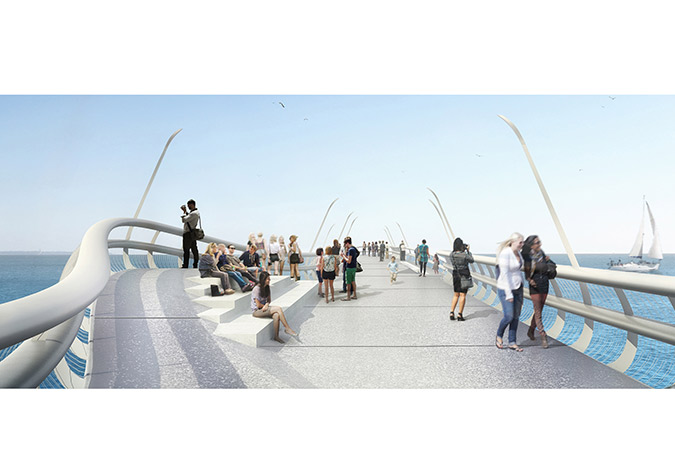