The conceptual goal is a harmonious natural and spatial integration with the Bergpark âon its way to the world heritage.â The single-storey structural band represents a modern interpretation of a enclosed, historic courtyard as an economic area of the Bergpark. The Gartenbetriebshof is supposed to be inserted as a strip-shaped crown at the top of the hill called âRother Kopfâ - as a increased outpost of the historic park. The outer lines of the construction site are optimally used for the benefit of a central economical farm with short paths and minimized access areas. 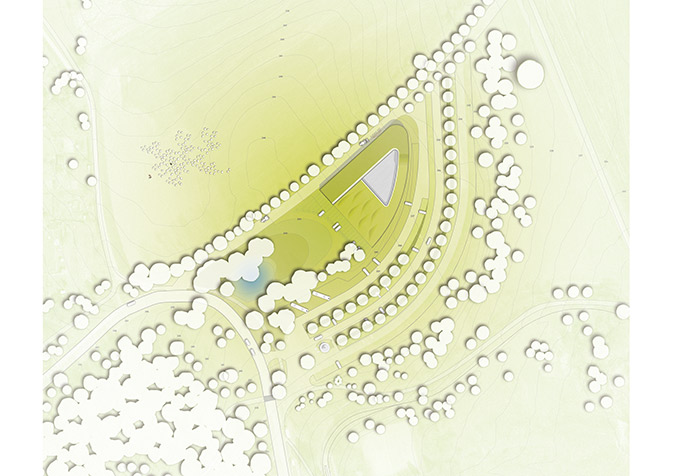 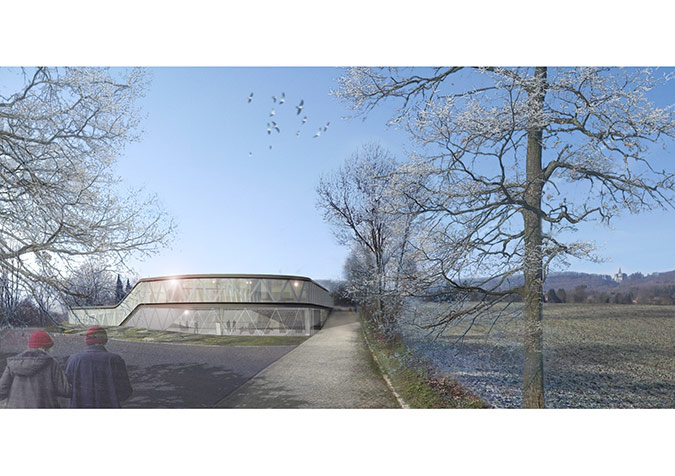